What's the Difference Between an Inventor, Entrepreneur and Innovator?

Learn the key differences between inventor, entrepreneur, and innovator.

If you're creating a startup business, you may be questioning if you're an inventor, entrepreneur, or innovator. While these terms are similar to one another, there are key differences between each of these positions. Understanding the responsibilities and characteristics between these positions will help you make the right business decisions when creating your startup.

An inventor is likely the most creative individual of the three. Someone who invents a product is simply looking to create a new product that has never before been made. In most cases, an inventor isn't trying to place this invention on the market.

On the other hand, an entrepreneur is someone who focuses almost exclusively on trying to take a product and fit it into a market wherein it can sell to customers or clients. Entrepreneurs usually create companies surrounding the product that they want to place on the market, which is why most individuals who create startups are considered to be entrepreneurs.

As for innovators, these are individuals who want to create new ideas and new ways of doing things. An innovator will attempt to improve on a product that may already be in the market. For instance, every iteration of the iPhone is considered to be an innovation over the previous iPhone model.

Before you begin a startup, it's critical that you fully understand the difference between these three terms. Knowing what the differences are will allow you to determine which role you want to take. For example, if you have fantastic ideas for new products but have yet to even consider the market viability of these products, you might want to consider yourself an inventor. The follows offers a comprehensive guide that should help you comprehend the different characteristics and features of inventors, entrepreneurs, and innovators.

An inventor is someone who is focused almost solely on creating and building a product, process, or service that can solve the problems that someone might have. While the product or service is meant to solve an issue and should conceivably be able to fit onto the market, inventors don't usually focus their attention on assessing the market viability of the product or service that they've invented. An inventor strives to perform cutting edge research that's essentially never been done before.

🔬 Learn: What is a Minimum Viable Product (MVP)?

What Characteristics Do Inventors Need?

While many inventors are considered to be visionaries, they can also be singularly focused and tunnel-visioned. They don't spend their time thinking about what comes after the invention has been created. In order for an inventor to be successful, they will need to be passionate and courageous, the latter of which is necessary because of the failure-rate that comes with turning ideas into inventions.

It's also absolutely imperative that you don't fall in love with any of your ideas if you want to be successful as an inventor. Most ideas can't be properly turned into products, which is something that you should prepare for.

Who Are Popular Inventors?

To best understand what an inventor is, it's important to take a look at some of the most popular inventors throughout history. Among the most notable inventors is Thomas Edison. While he created many successful inventions throughout his life, none was more influential than the invention of electric light via the light bulb, which he invented in 1879.

A couple of other inventors you've likely heard of include the Wright Brothers and Nikola Tesla. While Nikola Tesla was responsible for the creation of the AC motor in the late 19th century, the Wright Brothers are credited for inventing the airplane at the turn of the 20th century. If you're known to be creative and have a thirst for developing new and untested products, you might think about using your talents to be an inventor. Becoming an inventor means trying to turn your ideas into actual products. 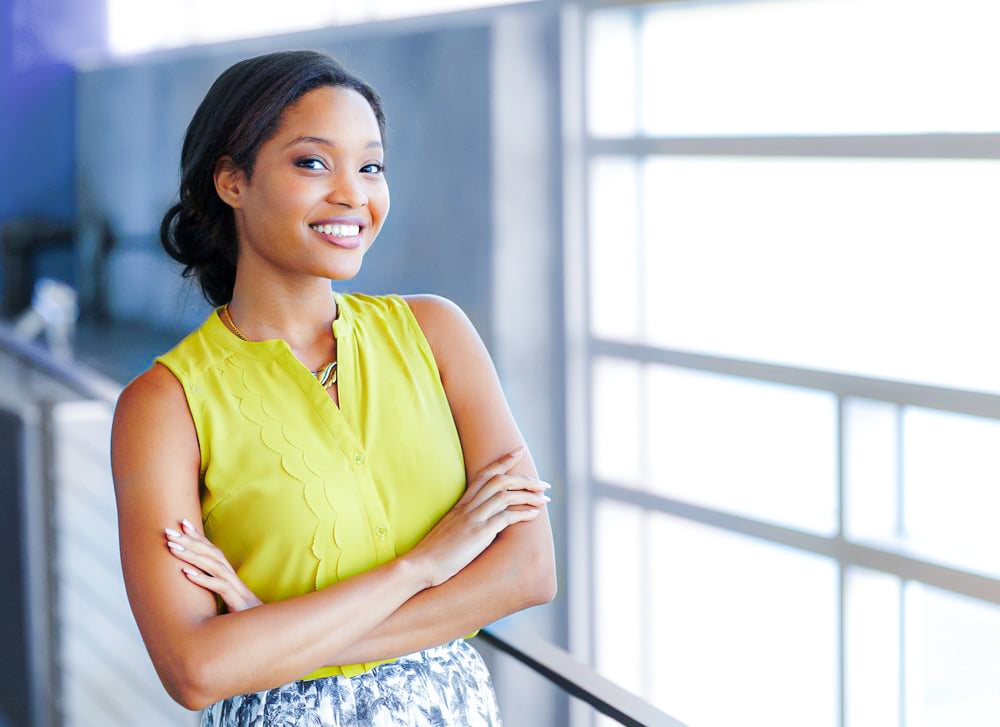 Entrepreneurs Create Companies Around Those Products

Entrepreneurs are individuals who are focused primarily on creating a business and increasing shareholder value. While the business may be centered around a specific product or service, entrepreneurs want to be able to take the startup that they've created and form it into a successful business that can stand beside the leaders of the industry. As such, entrepreneurs will usually know more about marketing a product to investors and prospective customers than they do about creating and developing a product.

An entrepreneur will also work to identify and develop customer networks that can be effectively monetized. Since entrepreneurs are the ones who typically create startups, it's important to understand that the very first stages of a startup are centered around determining what market can be reached with the product or service in question. Successful entrepreneurs are able to reach a wide market through the establishment of various market channels and teams to carry out delivery of the product or service.

What Characteristics Do Entrepreneurs Need?

In order for an entrepreneur to be successful, the main characteristics that they will need to have include being passionate, hard-working, flexible, and forward-thinking. Entrepreneurs will need to be able to adapt to changes in the market. While inventors and innovators usually like to be in an autonomous environment, entrepreneurs actually love collaboration and will typically look for advice and input from more successful entrepreneurs. In almost all cases, entrepreneurs are leaders.

Who Are Popular Entrepreneurs?

Some of the most popular entrepreneurs in recent history include Jeff Bezo for Amazon, Bill Gates with Microsoft, and Mark Zuckerberg with Facebook. Each of these entrepreneurs created businesses that filled a gap in the market and effectively answered the needs of customers even before the customers knew what they wanted.

Bezos was able to create an online store in the early days of the internet. Through an effective business plan and fantastic marketing techniques, Amazon became the largest online store on the internet. If you want to become an entrepreneur, you should look into creating a business that you are passionate about, which also means that you'll need to eventually develop a business plan. 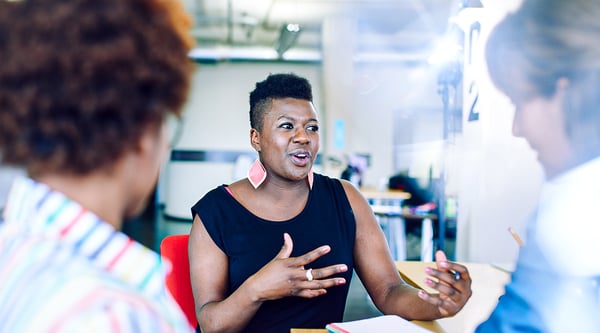 An innovator is a person who can create new ideas, methods, or products. These individuals might also develop new iterations on products that have already been created. While the product or service will have already been invented, an innovator will be able to improve or make some kind of significant contribution to the invention.

An example of an innovation is the development of the laptop computer. Even though the computer had already been invented, the innovation of the computer allowed it to be transformed into a portable device that could be carried around. If you believe that you can improve on a product that's already on the market and make it more appealing to prospective customers, you would classify as an innovator.

What Characteristics Do Innovators Need?

There are many characteristics that an innovator will need to be successful. The mark of a great innovator is being able to anticipate a need that the market is about to have. Innovations are typically created by taking advantage of emerging technologies and capturing trends at the moment they start. Innovators are highly productive individuals who are passionate, are willing to take risks, and want to push the envelope.

🔬 Related: A Guide To Risk Management For Startups

Who Are Popular Innovators?

Two examples of successful innovators are Steve Jobs and Sergey Brin. While Steve Jobs created Apple, it's important to understand that not all of his innovations panned out. However, the ones that did went on to be among the most popular products in the world.

As for Sergey Brin, he is the mind behind such innovations as Google Glass and Google's self-driving car. These innovations are helping to push technology forward. If you want to become an innovator, it's important that you regularly set challenges that are difficult to meet. Innovators will typically partner with entrepreneurs to deliver their products. 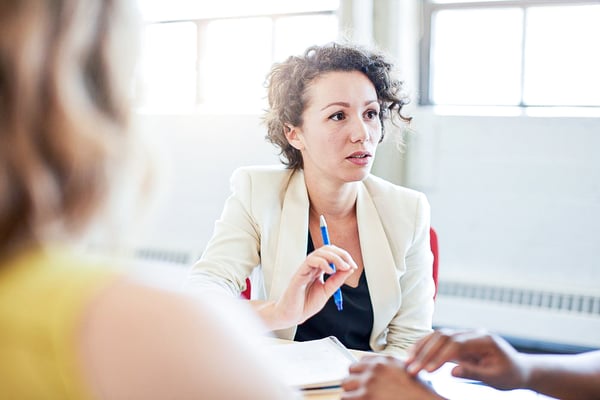 While there are distinct differences between inventors, entrepreneurs, and innovators, the three roles are actually intertwined and related to one another. While entrepreneurs can have some characteristics of inventors and innovators within them, an entrepreneur is typically more focused on the business side of things than innovators or inventors.

In many situations, the products or services that are developed by inventors or innovators will be positioned on the market by entrepreneurs. Even though Steve Jobs was a well known innovator who was instrumental for the creation and success of Apple, other entrepreneurs were needed to steer the business side of things in the right direction.

While entrepreneurs can help with the creation of products and services, their primary goal is to make sure that whatever product is made can be successfully placed on the market. Though these three roles are somewhat different from one another, they do have several characteristics in common. For instance, inventors, entrepreneurs, and innovators must always be self-motivated, passionate, and creative. Whether you're an entrepreneur who's attempting to create a successful startup or an inventor who is trying to convert an idea into a product, you won't be able to reach your goals if you don't have the passion and perseverance to get past the hurdles that will invariably occur.

Determining Which Role You Are

If you're trying to determine which of these roles you would fall under, you simply need to spend some time thinking about what you like to do. If new ideas for products and services come to mind constantly, you might be an inventor. On the other hand, you could be an entrepreneur if you're just as interested in making a product work on the market.

It's possible that you're an innovator if you regularly think outside of the box and are interested in improving products that might already exist. The transition from standard cell phones to smartphones wouldn't have been possible without innovators. No matter which of these roles applies to you, the most important thing is that you're driven to succeed.

Becoming an Inventor, Entrepreneur or Innovator

Regardless of the type of role that you want to take, becoming an inventor, entrepreneur, or innovator requires a substantial amount of money, time, and hard work, which means that you need to be wholly dedicated to seeing it through. If you want to bring your invention, product idea, or innovation to the market, you may need to create a startup to do so. Once you've developed this startup, you might find it easier to reach your intended goals.

If the startup that you're creating is centered around the fields of medtech and bioscience, University Lab Partners is a wet-lab incubator that can provide you with the space and resources that are necessary to make sure that your new startup is a success.

From shared resources like a freezer farm to a private lab suite that can accommodate 4-6 team members, ULP offers everything that you would need to develop a new product or conduct necessary research. Contact University Lab Partners today or apply now to become a member of the ULP incubator.

Reimbursement for MedTech and Biotech Startups

How to Create Financial Projections to Secure Private Funding