UCI is considered to be a leading research university in California and the U.S.

The students, teachers, and alumni of this university have performed extensive research over the years that has proven to be beneficial for the advancement of a variety of industries. These advancements have been fostered by such endeavors as UCI Applied Innovation, which itself began as a means of driving innovation across all sectors of business in California.

Among the fastest growing industries in Southern California are those of the tech and life science industries, both of which have seen particularly strong growth in Orange County.

This growth is fueled by countless innovations within the local community, many of which are led by research efforts at UCI. Because of the vast number of advancements and innovations that occur in and around Orange County, UCI Applied Innovation sponsors the UCI Innovator Awards Ceremony at The Cove, which is designed specifically to recognize excellence in both innovation and entrepreneurship.

This year marked the second annual UCI Innovator Awards ceremony, which was held on May 29 and was a fantastic showcase of the top inventors and researchers across the UCI campus! 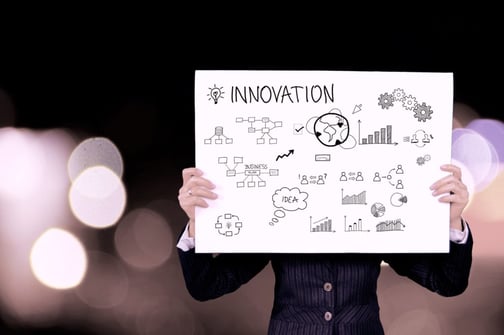 The second annual UCI Innovator Awards ceremony was held by UCI Applied Innovation at The Cove facility on May 29. This award ceremony was created in 2018 by UCI Applied Innovation with support from the Beall Family Foundation. This foundation focuses on supporting innovation and growth throughout Orange County and beyond, which is displayed by the fact that UCI Applied Innovation began in part because of a sizable endowment gift of more than $6 million that was provided to the Paul Merage School of Business at UCI in 2007. Since then, The Beall family has continued to support the entrepreneurial and innovation platform at UCI. The total philanthropic support that Don Beall and his family have provided to UCI over the years is now more than $30 million.

This year's awards ceremony was kicked off by Richard Sudek. As the UCI chief innovation officer and executive director of UCI Applied Innovation, he spoke briefly about the intent of this awards ceremony while also mentioning the extensive support provided by Don Beall and his foundation before eventually introducing Don Beall himself. Once Don Beall was introduced, he congratulated all of the nominees and spoke of the importance of uncovering breakthroughs that have substantial real-world impact. Don Beall further spoke on the Beall Family Foundation's support for local innovation, "Transformative innovations depend on strong ties between many different players, ranging from startup teams with new ideas to corporate partners that can help scale these ideas."

Before getting to the presenting of the awards, Richard Sudek returned to the stage to speak about some of the latest innovation programs that were introduced to the school while also recognizing some of the people who played a part in bringing this awards ceremony together. A highlight of this portion of the ceremony was information about the Faculty Innovation Fellows program. According to Sudek, this program "provides faculty innovators with a small stipend over two years and generous benefits to help faculty innovators further their efforts to bring their innovations to the market".

The final speaker before the awards were presented was Provost and Executive Vice Chancellor Enrique J. Lavernia. He spoke in great detail about the importance of cultivating innovation and economic growth throughout California while also highlighting the numerous inventions and innovations that were developed specifically at the University of California. There were roughly 1,700 inventions developed at UC in 2017. Since 1980, nearly 1,100 startups have been created from various UC patents. These startups have gone on to produce more than $21 billion in annual revenue. Likely the most inspirational quote from Lavernia was "UCI is known for doing the most for the American Dream. We also know that along with a UCI degree, innovation and entrepreneurship can offer another path to economic transformation for a student and their family."

Each of the three awards were then presented to the most distinguished researchers at UCI, all of whom have made significant inventions and discoveries over the past few years. This awards ceremony is wonderful for highlighting the myriad accomplishments and innovations that occur within the local UC Irvine and Orange County community. Along with recognizing these individuals, this ceremony is also designed to foster the entrepreneurial spirit in members of the surrounding community. Both the Beall Family Foundation and UCI firmly believe that the only way to foster continual innovation is to amplify it at every turn. In some cases, this amplification means awarding individuals who have already delivered breakthrough innovations across a variety of industries. In other cases, it is displayed through providing local startups with facilities where they can grow and thrive. 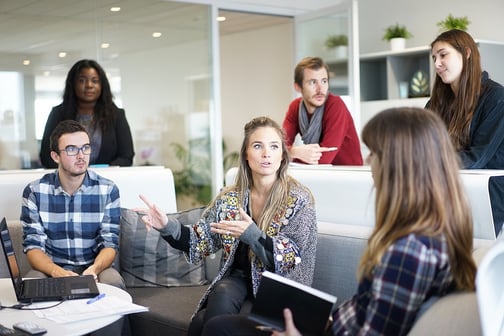 The awards at this ceremony are designed to recognize researchers who are working hard to promote the commercialization of the intellectual property at UCI while also supporting economic development throughout the region and furthering the mission of UCI to both improve and save lives. There are three separate awards categories that were presented at this event, the primary of which was the innovator of the year category. The other two awards categories include emerging innovation/early career innovator of the year and entrepreneurial leader of the year.

2019 Innovator of the Year Award

The innovator of the year award is provided to researchers at UCI who have demonstrated excellence by developing a breakthrough technology, idea, or process and have demonstrated its large potential to create economic value and improve lives. The three nominees for this award at the 2019 UCI Innovator Awards Ceremony were Christopher C.W. Hughes, Kumar Wickramasinghe, and Eric Potma. The 2019 winner of the innovator of the year award was C.W. Hughes. Currently, Hughes acts as the professor and chair at the School of Biological Sciences at UCI. He was given this award for his work in precision medicine for cancer treatment, which has allowed for the development of a precision medicine platform that can be tailored to each cancer patient while also lowering the costs of drug development by enhancing the accuracy of medication discovery and validation.

As for the emerging innovation/early career innovator of the year award, this award is meant to be provided to an individual who has displayed excellence in the early stages of their career or in the very beginning stages of a breakthrough that would be considered innovative. The three nominees for this year's award were Shane Ardo, Mo Li, and Sunil Gandhi. Mo Li was the 2019 winner of this award and currently serves as the assistant professor for Civil and Environmental Engineering at the Henry Samueli School of Engineering. The research conducted by Professor Li focused primarily on making advancements to infrastructure engineering by discovering innovative materials and by understanding the interfaces between structures, materials, and advanced manufacturing methods. It's believed that this area of research is highly important because of how old the current U.S. infrastructure is and the general need to reinforce these structures or build new ones altogether.

Entrepreneurial Leader of the Year Award

When looking at the entrepreneurial leader of the year award, this award is meant to be provided to innovators who have shown an enterprising spirit by transforming at least one significant innovation from the university into a market-ready product or service. The many nominees for this award included Chris Barty, Jeffrey Krichmar, Aimee Edinger, Elliot Botvinick, and Tony Givargis. Elliot Botvinick was the winner of this award and is currently a professor at the Henry Samueli School of Engineering. He is considered to be a leader for the research and development of advanced medical devices while also knowing how to bring this research to commercialization. The current research that he's working on is aimed at treating and diagnosing Type-1 diabetes as well as standard trauma. This research has helped him and his team to develop a continuous monitor that measures blood lactate, which helps to identify early signs of organ failure. All of the nominees and winners of these awards are considered to be among the best researchers in and around UCI. 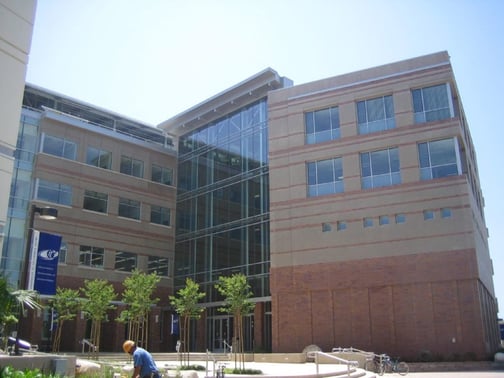 The University of California in Irvine has paved the way for tech breakthroughs in recent years. By offering their research and patents to the local business communities, these businesses have been able to develop market-ready products that were only able to come to fruition because of this research.

The presence of local startup coworking spaces, wet lab incubators and The Cove at UCI Applied Innovations have also been very beneficial to startups and larger corporations that are looking to expand and collaborate with other life science innovators in Orange County. These facilities offer up more than 30,000 square feet of office space, labs, event spaces for such companies to take advantage of.

In recent years, there has been a massive boom of entrepreneurship in the life science and technology space at UC Irvine as well as the surrounding community in Orange County. With each passing day, more and more innovations are developed within the MedTech and life science industries, many of which are created by entrepreneurs who are just getting started and likely have long careers ahead of them. The local business community throughout Irvine and Orange County is an ever-growing one that increases in size with each passing year. In Orange County alone, job growth over the next decade is expected to be at 15 percent, which is a healthy indicator of growth. In 2016, Orange County had a high-tech employment concentration of 1.5, which is much higher than the national average of 1.0 and was high enough for OC to rank at 23rd out of 200 large metro areas across the U.S.

Much of the growth that has occurred in the business community has been fostered by UCI Applied Innovation and the entrepreneurial ecosystem that they've created in and around Orange County. This ecosystem draws in more outside investors, which in turn causes new and existing companies to move their offices to Irvine and Orange County. Among the top reasons that UCI Applied Innovation has been particularly effective at fostering growth in innovation is because of the wide variety of entrepreneurial programs that they host on the UCI campus. These programs include everything from the Wayfinder Incubator that provides a place for startups to grow and facilitate success. 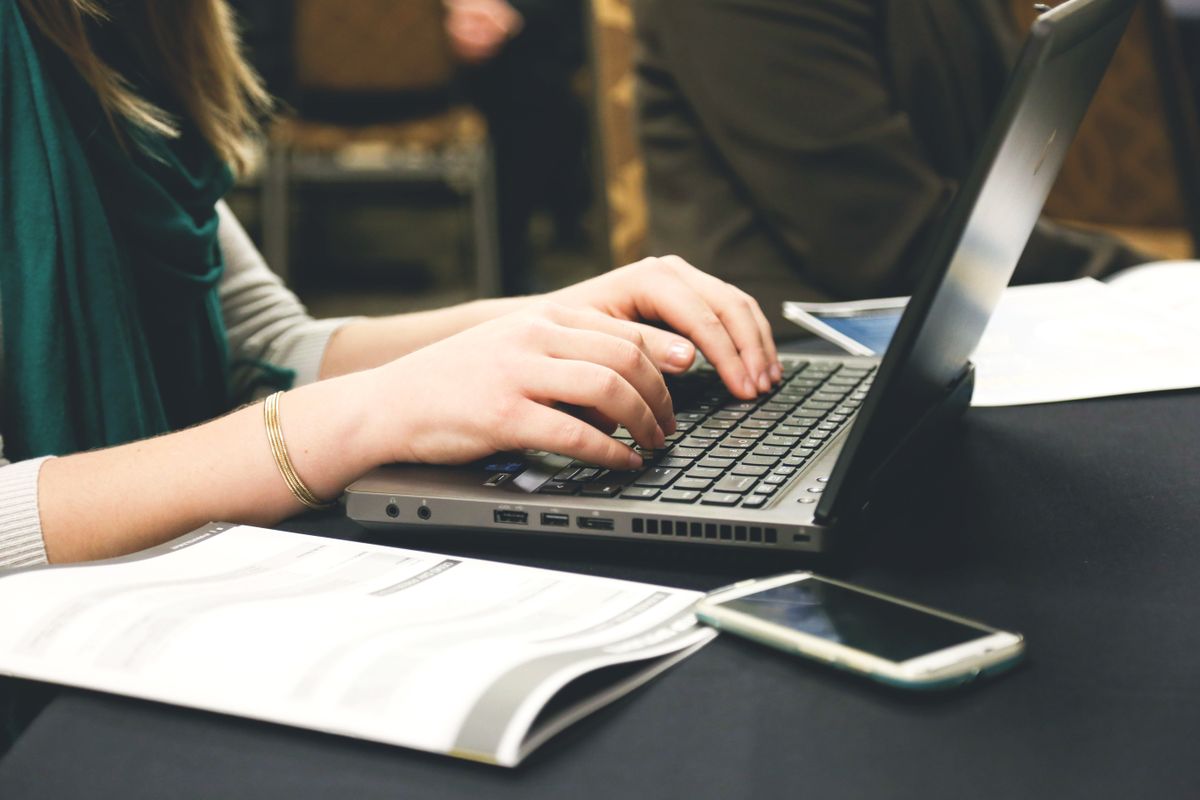