A list of MVP products and how they became successful.

When developing a startup that you hope will garner long-term success, among the most important elements of your development will be the creation of a minimum viable product. A Minimum Viable Product (MVP) is a product that has just enough features to satisfy your initial customer while providing you with necessary feedback which can then be used to assist in developing a feature-complete product. Keep in mind that the minimum viable product you create can essentially be anything. Some companies will develop a video to show how their product will work, which may be enough to increase interest and provide you with the information you need to move to full product development.

A top benefit of creating a minimum viable product for your startup is that doing so can be helpful when you're trying to obtain funding from an angel investor or venture capital firm. There are a variety of scenarios where creating an MVP can be necessary or beneficial for your company aside from the need to obtain funding. For instance, some MVPs can actually be placed on the market. If you decide to build an MVP so that you can place the product on the market, doing so will allow you to enter the market at a much more rapid pace than is normal. If the underlying product is good enough, it could catch on with customers and cause your startup to grow significantly in a short period of time.

However, there's also a possibility that entering the market too early could damage your brand and cause your startup to fail before it's even really started. Instead, you could provide some early adopters with the MVP, which limits the spread of your product while providing you with helpful feedback before you have a wide release. Likely the most notable benefit of an MVP is that it allows you to test a product idea with some of your customers before you begin full development of the product, which can save you a substantial sum of money.

Amazon  is easily among the most successful minimum viable products out there. Amazon was created by Jeff Bezos and first began as an online bookstore. Towards the very beginning of the 1990's, he found a report that stated that the annual growth of web commerce in the near future would be upwards of 2,300 percent. Once Bezos read this report, he got started on creating a minimum viable product.

The first phase of development for Amazon began with Bezos creating a comprehensive list of the top 20 products that could be effectively marketed on the internet. From this list, he further narrowed it down to five products, which included videos, books, computer software, computer hardware, and compact discs. Eventually, he landed on books as the most marketable product online, from which he created the minimum viable product for Amazon, which was an online bookstore.

The decision to focus on books was made from several different factors, which included the lower price of books, the vast amount of titles that could be sold, and the high demand for books all over the world. Once the minimum viable product was placed online, Bezos ran the company directly from his garage. When an order was made, he would purchase it from the distributor before sending it to the customer who made the order. Continual innovations would be made over the next two decades to greatly expand their product offerings while also purchasing warehouses and adding a comprehensive list of features to the website. Currently, Amazon is the third largest retailer in the world.

Airbnb  is a highly popular online marketplace where customers can book trips all over the world and stay in homes and apartments that are typically much more affordable than hotels. The idea for this company was first formed in 2007 by roommates Joe Gebbia and Brian Chesky. When they found that they couldn't afford rent, they decided to turn their apartment into a bed and breakfast. Their minimum viable product involved a simple website with a listing of their property that was directly addressed to attendees of a design conference that was coming through.

While they struggled at first to bring in customers, they eventually realized that they could open up the listings so that customers could be paired with homes and bed and breakfast locations across the country and throughout the world. They grew their brand by advertising the website to the audience of Craigslist and creating the name of Airbnb. Today, they have an annual income that's more than $2.6 billion.

Dropbox  is a fantastic file-hosting service that provides customers with extensive cloud features like a personal cloud, cloud storage, client software, and file synchronization. The site currently offers a base subscription of $10 per month for 100GB of storage. Their minimum viable product was a simple video that was made by Eric Ries in 2007.

This was a brief video that told prospective investors what their product would provide to customers once it was created and launched. Despite its simplicity, the video was highly successful and provided Dropbox with the feedback they needed to determine what their next steps would be. Even though they had yet to create their website, signups increased from 5,000 to 75,000 after the release of the MVP.

Groupon  is an eCommerce marketplace that provides customers with coupons for local merchants in such sectors as goods, services, activities, and travel. They currently offer these services in 15 separate countries. At the beginning, the website was known as The Point and was started by Andrew Mason. The goal of their first website was to allow people to do things that couldn't be done on their own, which included everything from boycotting retailers to fundraising.

However, the website didn't gain much traction and was eventually converted into a simple WordPress blog that served as the minimum viable product. From The Daily Groupon website, they would update the blog every day with new deals. When someone accessed a deal, they would email the coupon to the customer via Apple Mail. Since they had to manually perform these actions, there was a limit to their growth. However, the website proved to be popular and gave them the data they needed to create the full Groupon website that exists today.

Zappos  is a popular online retailer that mainly sells clothing and shoes. In 2009, they were acquired by Amazon for a staggering $1.2 billion. Since then, they've continued to grow to the point where they bring in more than $1 billion of sales each year. When they started out in 1999, their minimum viable product was a simple website with the domain of shoesite.com. Nick Swinburn built this MVP to determine if an online retail store of shoes would be popular.

At first, he took photos from local shoe stores and placed them online. If someone purchased a pair of shoes, he would walk to the store, purchase the shoes, and send them to the customer without any additional infrastructure. By creating this basic MVP, Swinburn was able to identify the market viability of his product without first investing in inventory or infrastructure, which proved to be a fantastic approach.

Twitter  is an extremely popular social networking and micro-blogging service that first began in 2006 yet now has over 320 million customers all over the world. Twitter was started by Odeo, which was a podcasting platform at the time. Once their platform started to reduce in popularity after Apple released iTunes, they held extensive meetings to determine what their next step would be.

One idea that took root was to share updates through text messages. The initial name for this MVP was twttr. It began as an internal service that could only be accessed by employees of Odeo. They realized its immense popularity when members of the team would post so much that their monthly SMS bills would amount to hundreds of dollars. While the product was released to the public in 2006, it wasn't until the popular SXSW festival a year later that the user base increased exponentially when tweets were shown on numerous screens throughout the venue.

Spotify  is an audio streaming platform that was originally founded in 2006 and currently has nearly 250 million active users every month. Even though the service was founded in 2006, it didn't go public until 2009. At that time, all that was available through the service was a landing page. The main goal of this MVP was to determine the quality of the music streaming service.

The market was initially tested with a limited beta, which allowed them to keep their customer-base low while they figured out how to handle the complaints from the music industry. During the limited beta, they tested their assumptions and the quality of the product. With this information, they began to iterate and have continued to do so over the past decade.

Why Use Minimum Viable Products?

If you have a great idea for a product and believe that it will be successful, it would be a good idea for you to first develop a minimum viable product that can help you obtain the feedback and data that you need to be confident about entering the market. By creating a minimum viable product, you can avoid the costs of full product development while also providing yourself with a product that can be used to gain   funds and financing  for your company. Unless you have an extremely strong footing in your industry immediately after creating your startup, using a minimum viable product comes with many more benefits compared to the downsides of doing so.

While you may not be able to turn your minimum viable product into a billion-dollar company, the product that you create now can be used as the base for all future product development. To understand how important a minimum viable product can be, consider what it's like to be an artist. The majority of artists will begin any drawing or painting with a rough sketch or outline of what they want to draw. Once this outline has been created, further details will be drawn before color is finally added in.

When you create a minimum viable product, it can be used for future iterations of the product that are made based on the feedback you receive from your target audience. If you are looking to create an MVP for your medtech startup or have already done so and want to move on to full product development, consider saving money by using the resources available at a wet-lab incubator.

Some of the resources that you will have access to through our University Lab Partners incubator include a freezer farm, a tissue culture lab, and spectroscopy equipment. Apply today to join Orange County's first wet lab incubator! 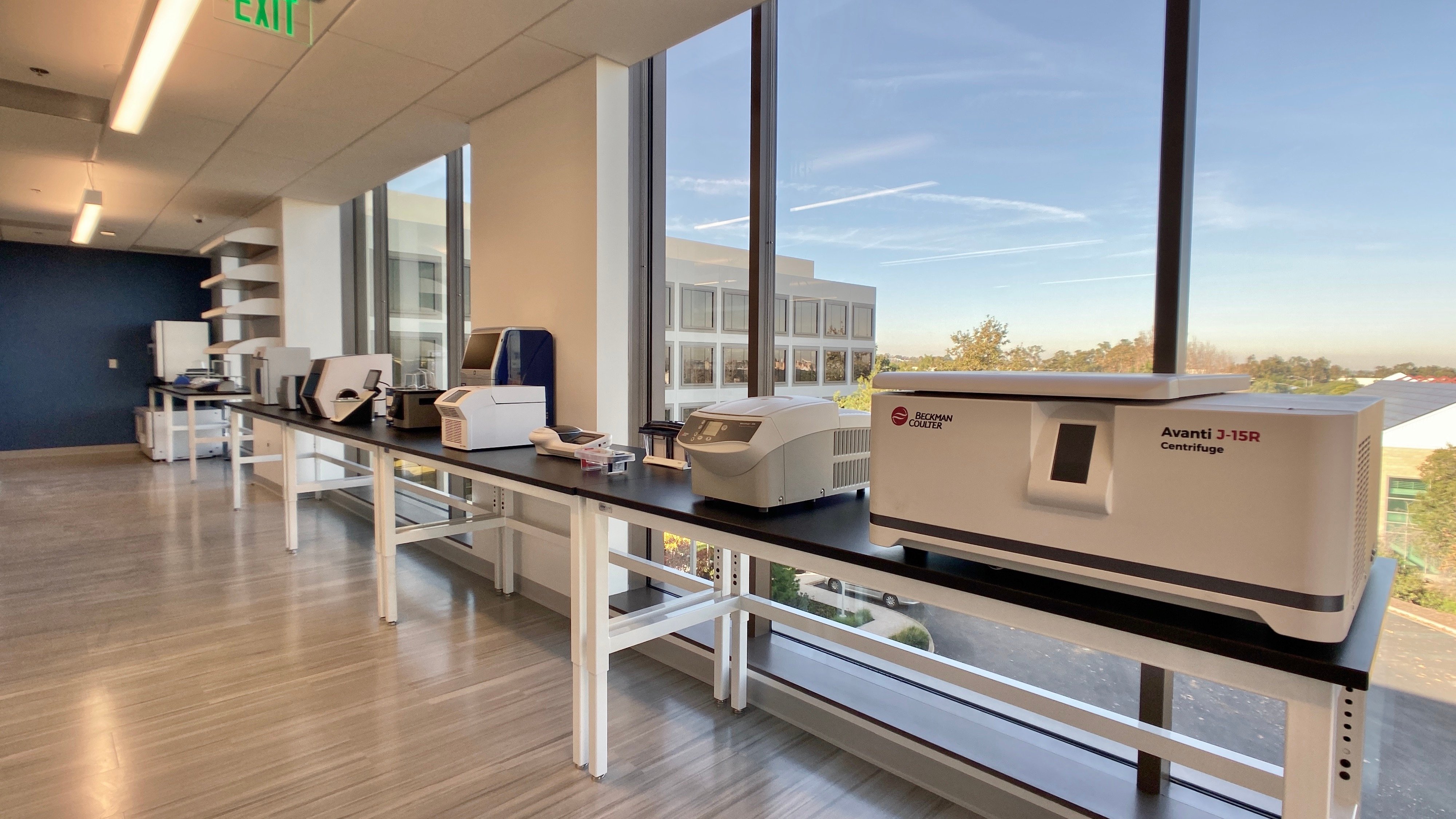 How to Find Lab Space for Biotechnology Companies 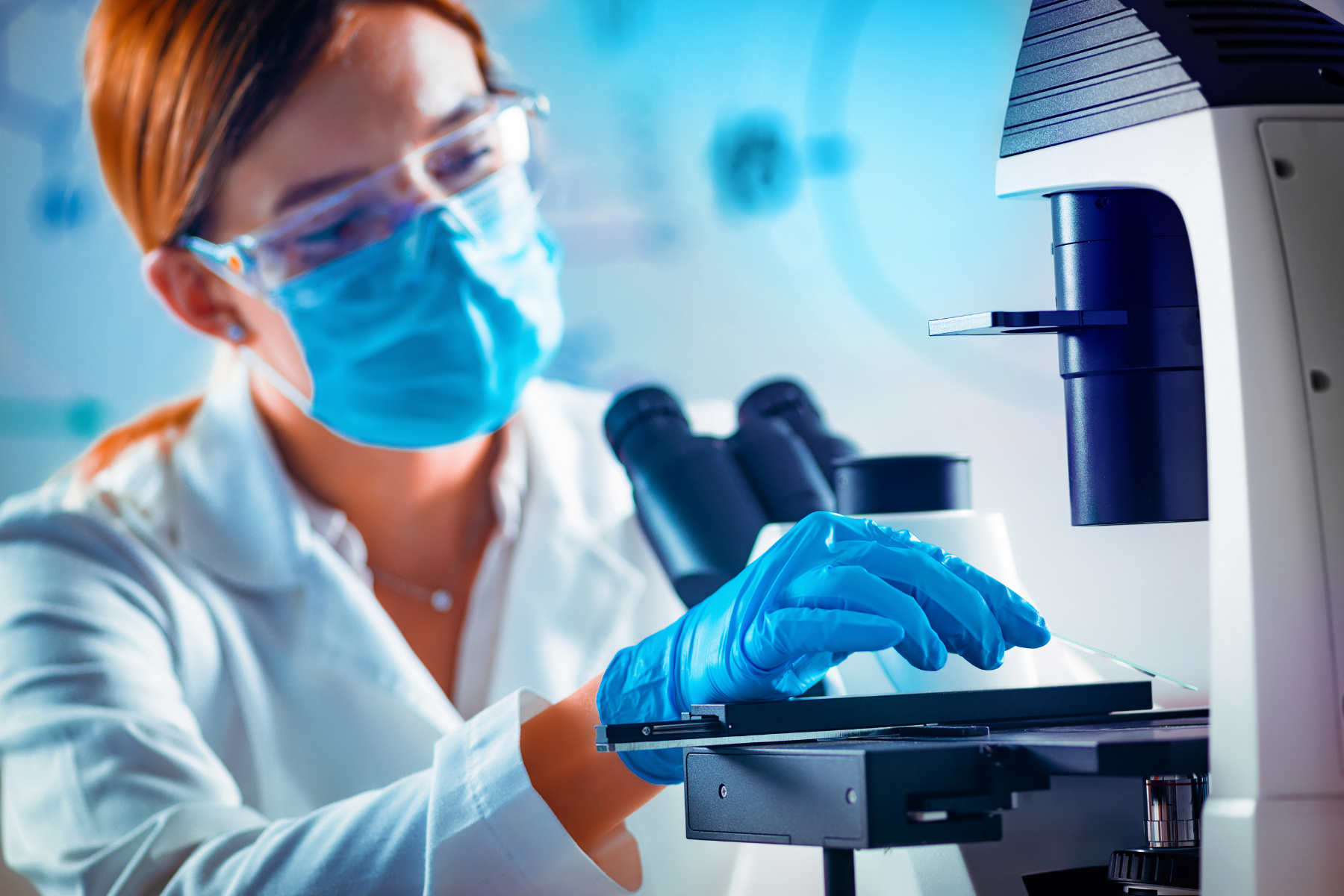 Stay informed.
Stay up to date.