Is your life science startup looking for non-dilutive funding? Join us for a virtual Lunch & Learn to discuss: 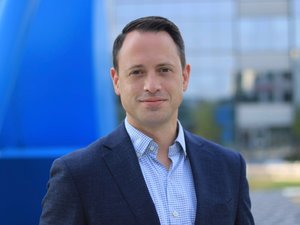 As an intellectual property attorney, James sees his role as being a part of the creative process. The best parts of humanity show themselves when we innovate, and his job is to provide the tools to bring ideas to life. Whether it is a novel, a craft beer, or a rocket engine, he wants to learn everything about it and be part of the team that makes it happen. James and his family are committed to supporting their community. He has served in the United States Army for over a decade as an officer in Information Operations, the Judge Advocate General’s Corps, and the Infantry. He is a graduate of the U.S. Army Airborne, Air Assault, and Ranger Schools, and he holds an active security clearance.

The SBDC @ UCI Beall Applied Innovation is a resource for any high-technology, high-growth, scalable venture from both the Orange County and UCI ecosystem that needs assistance with business planning, business development and funding-readiness. The center hosts several VC and Angel investors on site, as well as various ecosystem partners and industry professionals who work closely with the entrepreneurs.

Whether you’re looking for guidance with starting your new tech venture, obtaining angel or venture capital, or looking for SBIR/STTR assistance, we're here for you!

Join us for a virtual Lunch+Learn.